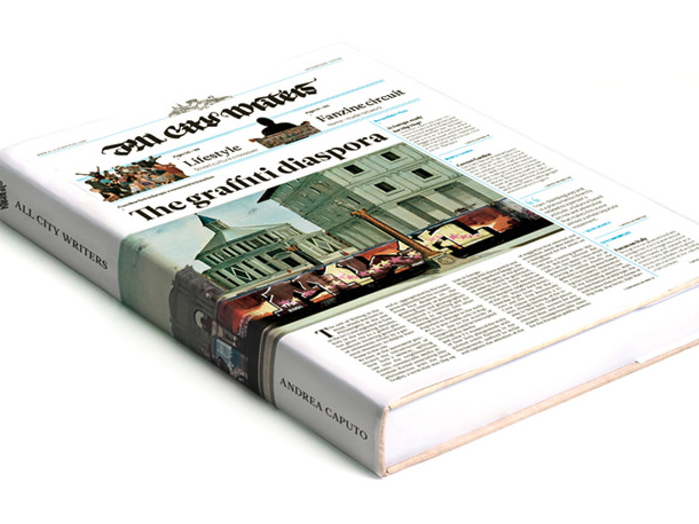 THE TITLE, ALL CITY WRITERS, DESCRIBES A VAST RESEARCH ON THE WRITING MOVEMENT, PARTICULARLY FOCUSING ON THE PROCESS OF ITS EXPORTATION FROM NEW YORK TO ALL OF EUROPE DURING THE 80S.

A first part of the research analyzes how graffiti in media such as movies, videos, magazines, and books from New York influenced the first European scene, which only took a few years to build up its own connections and styles from Scandinavia to the Southern Countries.

International crews, fanzine networks, inter-rail travels are, among others, key-chapters in which writers have become protagonists. The whole project came out from the consideration that many stories lived by writers are just lost in time. Beside pictures of pieces, the adventures and sensations a writer lives through often just disappear, like many other types of oral culture. For that reason, theres the widest text contribution ever published in this field.

All City Writers tries to document the evolution and the consequences of a countercultural phenomenon, which in the last few decades has provoked a change in the rules regarding aesthetics and communication in a modern day society.